Our museum started on a hot January night in 2002, when an intricate woman headdress was acquired at the Night market in the northern Thai city of Chiangmai. This woven hat, decorated by cowries, silver plates and Burmese coins, unexpectedly became the start of the huge collection of traditional headware which now encompasses over 400 items.

It was impossible to resist an intro like that. I’m a fan of small, single themed, well-curated museums having been regularly overwhelmed wandering through the bucket list museums of the world. I was in Riga, Latvia doing research for upcoming travel articles and its World of Ethnic Hats Museum sounded like a perfect addition to one of the articles.

Founded twelve years ago by Russian linguist, businessman and traveler, Kirill Babaev, he began by buying traditional ethnic clothing in his global travels and quickly realized the collection would be difficult to house. It made more sense to purchase only the headgear. When his collection outgrew his homes in Moscow and Jurmala, Latvia, Babaev moved it to four rooms of a second floor building in central Riga and opened a museum. I’d hoped to meet the founder when I visited, but he was in India searching for more hats. “We don’t know where we’ll put them,” laughed the museum curator. 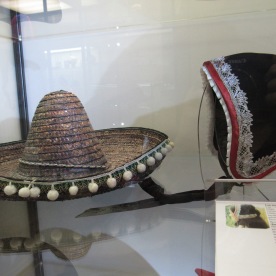 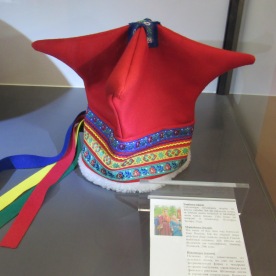 The collection is organized by continent allowing visitors to study hats and headgear as an ethnographer might organize artifacts. Each hat has an informative multi-lingual explanation about its origin, use, age and composition. Many of them are accompanied by photos showing the original owner wearing traditional clothing and the hat. 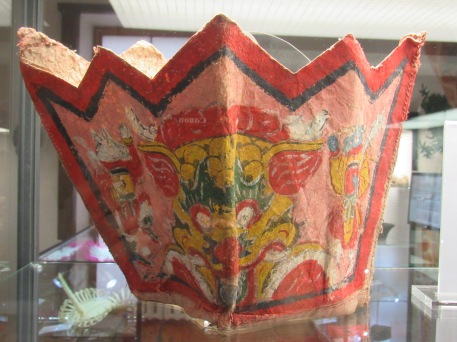 Most of the hats and headgear are only used for special occasions – festivals, weddings, and funerals. They’re intricate works of art usually, but not always, designed and handmade by women. In countries of colder climates, making hats and headgear was a winter activity for the summer festival and wedding season. 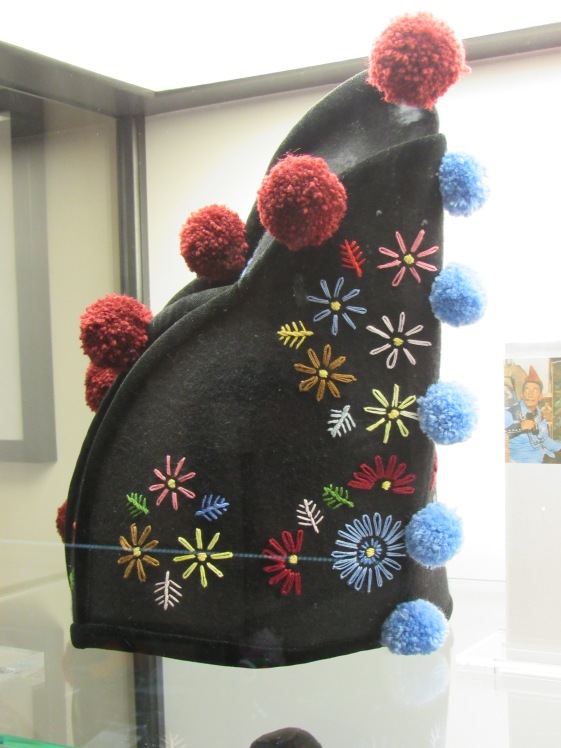 The variety of size, shape and materials was astounding. Boiled wool, silk, grasses, plated metals and many were embellished with buttons, embroidery, bead work and feathers.

When I posted this one among others on my Facebook page, it drew far more likes than any museum hat photos. That’s when I realized its similarity in shape to the pink pussy hat that I and millions of women wore during the January Women’s March.

The museum can be found at 7 Vilandes in Central Riga outside its medieval Old Town. A small sign at the entrance points you into a courtyard where you buzz the intercom to be let in and climb the stairs to the museum.

One thought on “The Ethnic Hat Museum of Riga, Latvia”