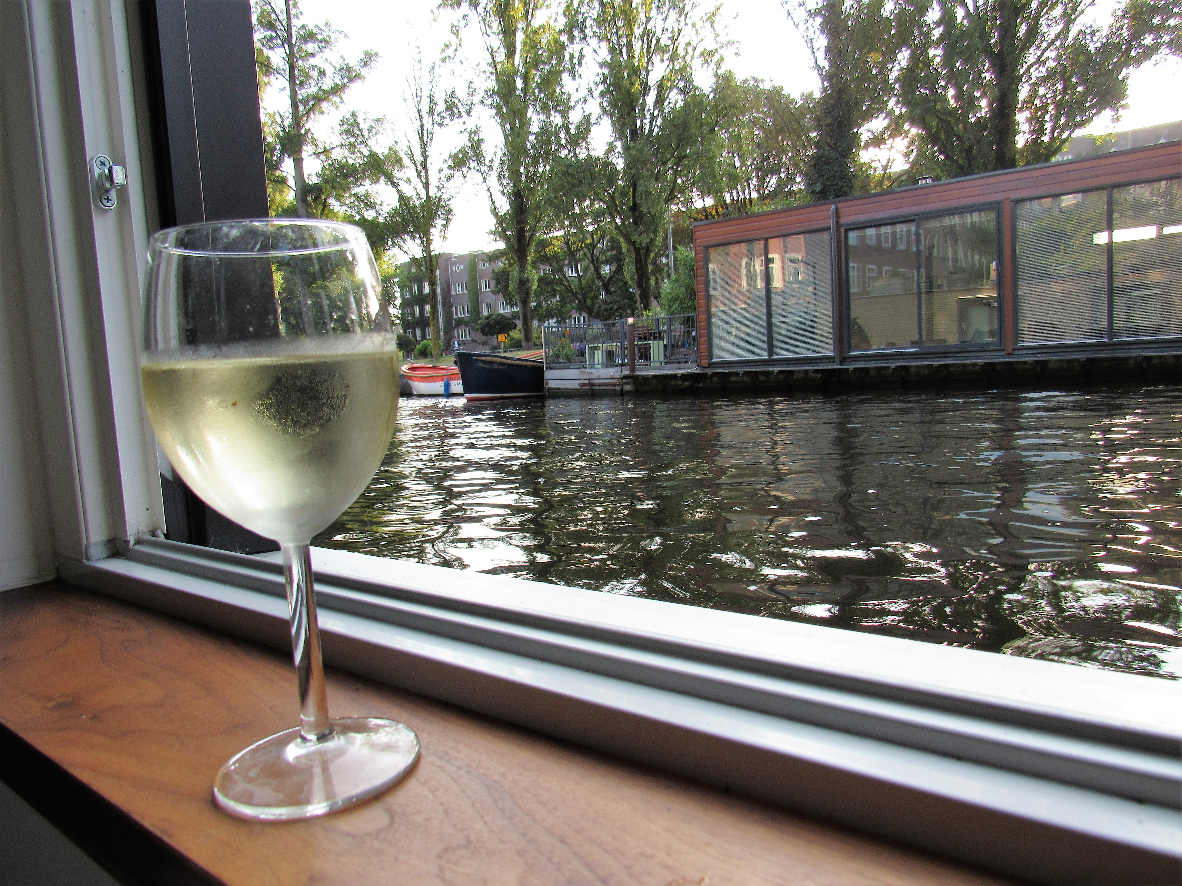 There are sixty miles of canals in Amsterdam; 165 waterways that thread their way through the city defining its geography, its history, and your social status if you were lucky enough to live on or near one in recent history. The city’s canal system, built by draining swamps and creating canals in concentric arcs, was a model of urban planning for its time, earning the Canal District a place on UNESCO’s World Heritage list in 2010.

Most visitors to Amsterdam are content to wander the canals by foot or bike, crossing over any number of the city’s 1500 bridges, snapping photos of picturesque flower boxes and historic, gabled Dutch buildings. Or, they take a canal tour on the hop-on hop-off boats and private tour boats that wind the canal network. But it’s also possible to live like an Amsterdammer by staying in a houseboat vacation rental where you have an up-close opportunity to watch the city’s watery highway system at work and play. And if traveling solo, your options for finding an affordable houseboat rental are even greater.

One thought on “Amsterdam Houseboat: Living Like A Local”