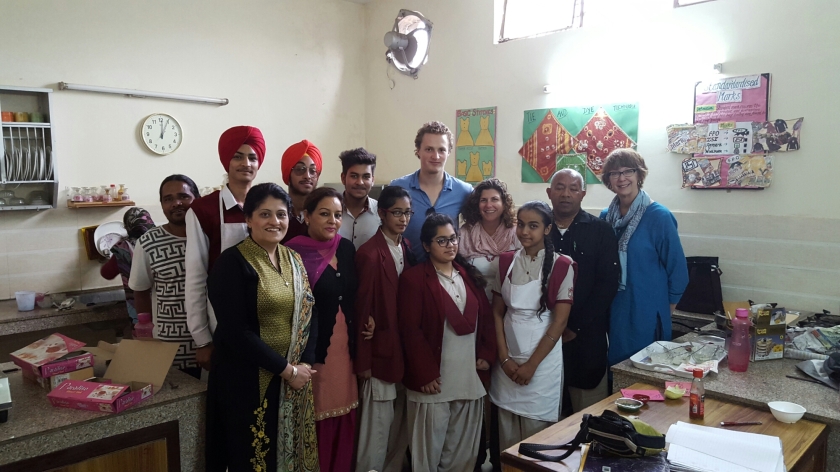 The final week of my month of humanitarian work with The India Group in India is coming to an end. I’ve found it difficult to write about an experience and place so dramatically different than my other travels. Just when I think I have something profound to say – a conclusion I’ve reached, a reaction to an experience, a sight to describe – I’m confronted by an event that causes me to rethink it. The poverty in India is extreme and our project works directly with impoverished families from the lower castes in three different cities: Delhi, Varanasi and Khujuraho. I thought I’d seen the worst conditions in our work there, but this week we’re in Kolkata where the living situation in its slums is so bad I’ve been forced to hit the reset button on my understanding about everything. Its going to take some time to process and so I’m going to stick with a topic where I’m more grounded thats been the focus of my work here – education. 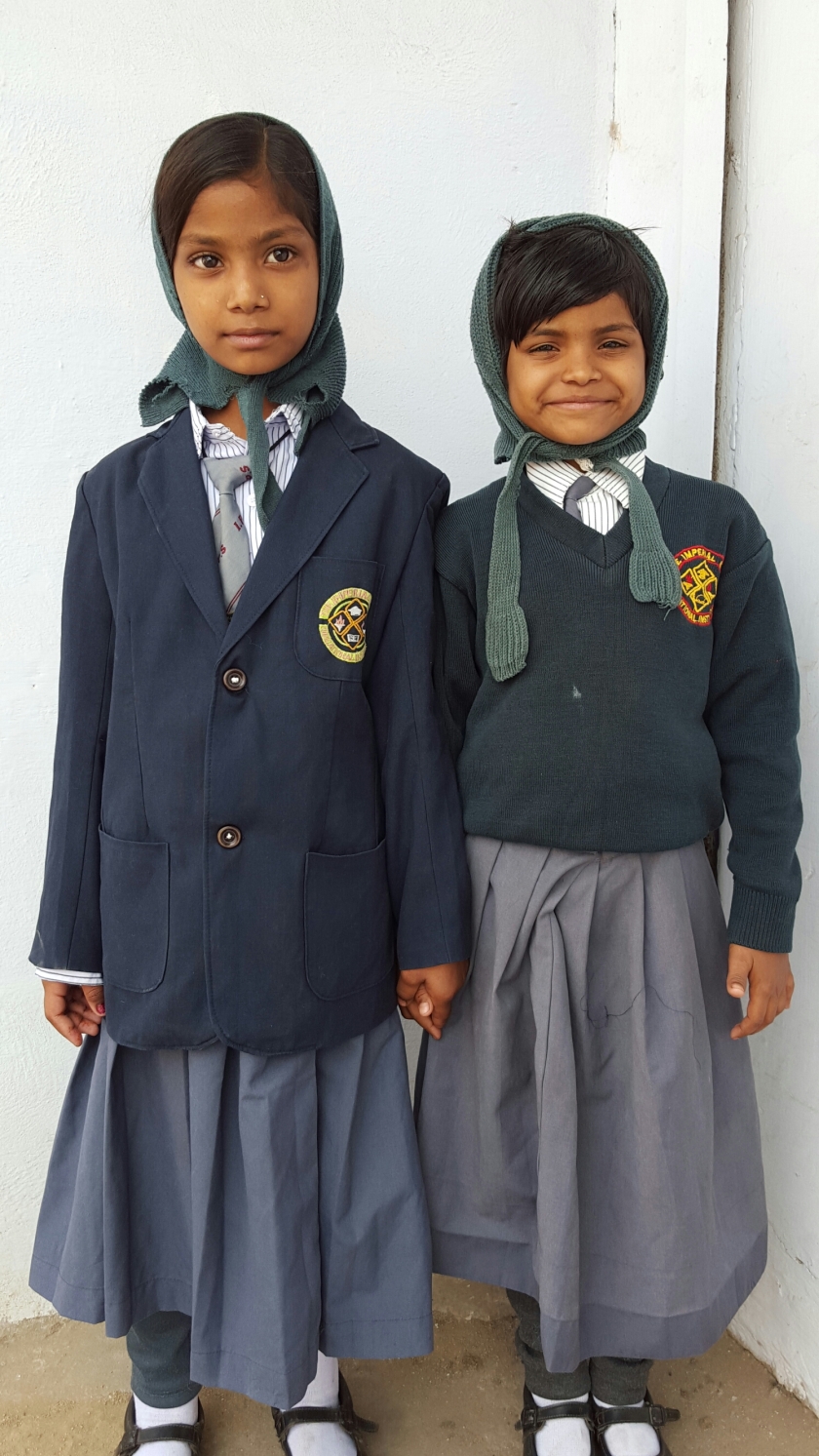 The India Group’s mission is to provide  education for all of the children and healthcare for everyone in 11 large families in three cities: Delhi, Varanasi and Khajuraho. In order to be supported by the project the parents (in particular the fathers) must commit to educating all of their children including their daughters through the 12th grade. None of the parents attended school beyond grade 4 and most never attended at all which means they need to take a leap of faith and envision a future for their children that defies their own experience. Because they never went to school, what happens there is a mystery to them. They also need to be willing to defy cultural and economic norms which encourage them to not educate their daughters; instead marrying them at a young age, a practice still common in lower caste impoverished families.

We spent a lot of time in schools while here, checking in with the teachers of our students seeing how they were doing. India’s public school system is dramatically underfunded with class sizes of over 50 in many so the project pays for private school tuition, books, uniforms and transportation along with a tutor for every child. Additionally we began to consider what the next steps might be for the oldest student in the program who will be graduating next year and for the teenage daughters who have never attended school but need to learn a marketable skill that doesn’t require reading or math skills since adult literacy programs are non-existent where they live.

My final week in India is being spent as a volunteer in a Mother Teresa home for children with cerebral palsy. India has a much higher rate of the disease than the worldwide average because of poor maternal nutrition and the incidence of diseases like meningitis after birth. The children living in the home have mostly been abandoned by families unable to care for them. It was surprising to see so many international volunteers who spend a week as I am or much longer. Many return annually. And I’ve been glad to see an educational program of sorts for the children living there. 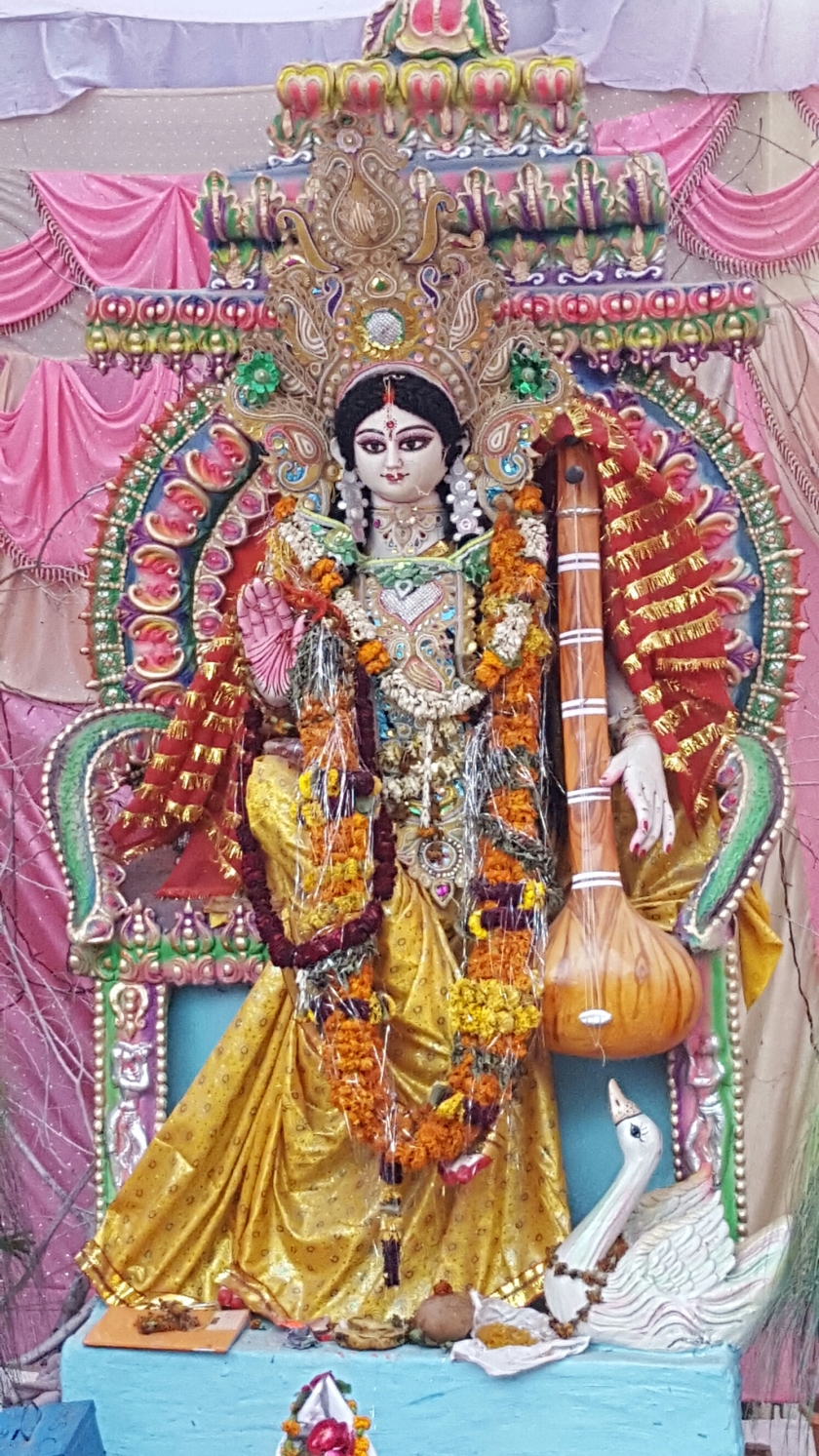 India is a predominately Hindu country and Saraswati is the Hindu goddess of knowledge, the arts and education. An image of her presides in many of the schools we visited and her festival occured while I was in Varanasi. Its a raucous affair involving students parading Saraswati statues through the streets with firecrackers to celebrate knowledge and learning. Each neighborhood built its own Sawaswati statue so we saw her riding in the backs of pickup trucks, on top of tuk tuks and in the middle of the most desperate of living conditions.

5 thoughts on “India: A Month of Humanitarian Work”